How I treat chronic ITP in children

Chronic immune thrombocytopenia (ITP) in children and adolescents is a rare condition lacking management guidelines because of missing evidence. The disease is often characterized by a mild bleeding tendency, but severe haemorrhage can always occur, leading to a high emotional burden and poor quality of life in affected individuals. New drugs have emerged over the last 10 years and will briefly be discussed.

As in adults, pediatric chronic ITP (cITP) is defined by a persisting platelet count of <100G/l for 12 months or more after the initial diagnosis of ITP.1 As such, it is a rare disease in childhood with an annual incidence of about 2–3 new cases per 100000 children and adolescents.As opposed to the acute form of the disease (aITP), cITP has a complex pathophysiology, combining B- and T-cell dysfunctions, platelet destruction within the spleen (in some cases also within the liver) and impaired platelet production within the bone marrow. The clinical picture shows a broad variability, both between patients and within the same individual. Mortality rate is low (about 0,5%) but not null, negatively impacting health-related quality of life (HR-QoL) of affected patients (similarly to adolescents and young adults [AYAs] with cancer, Fig.1), who often spontaneously reduce their physical and athletic activities.

The severity of haemorrhage can be semiquantitatively assessed using the Buchanan score, primarily developed for aITP.2 Like in aITP, primary and secondary forms of the disease should be distinguished, this being not always a straightforward task. Inherited thrombocytopenias/-pathies, inherited and acquired bone marrow failure syndromes, myelodysplastic syndromes (amongst others) should not be forgotten; broader auto-immune disorders as, but not limited to, systemic lupus erythematosus (SLE), Evan’s syndrome, autoimmune lymphoproliferative syndrome (ALPS) as well as immunodeficiencies must be excluded by appropriate clinical and laboratory work-up (total IgG, specific post-vaccinal IgG, T- and B-lymphocyte sub-populations, antinuclear antibodies, antiphospholipid antibodies, etc.). Infections like Cytomegalovirus, Epstein-Barr, Human Immunodeficiency Virus, Hepatitis C or Helicobacter pylori must be tested for (serologically and/or by polymerase chain reaction test) and eventually treated.

In the following, I will focus on the management of the minority of severely bleeding children and adolescents, i.e. those with a Buchanan score of ≥3b. It is important to remember that not only intra-cranial haemorrhage can be life-threatening, but also gastrointestinal, nasal, oropharyngeal or menstrual bleeding can lead to a fatal outcome.

As already mentioned, restriction of dangerous physical activities, like collision or contact sports, is usually to a certain degree necessary and recommended. However, pay attention not to overly restrict sports participation. Acetylsalicylic acid (Aspirin®) should be avoided and other nonsteroidal anti-inflammatory drugs used with caution and, if absolutely needed, only for short periods of time. Adolescent girls should be monitored as to the amount of menstrual blood loss and receive interdisciplinary counselling: prescription of hormone therapy, with or without additional tranexamic acid, can dramatically reduce menstrual blood flow and prevent iron deficiency as well as consecutive anaemia. The most important point, as with every chronic disorder, is education and self-empowerment of the patient andtheir caregivers. They must be able to recognize early signs and symptoms of potentially dangerous haemorrhage and have easy access to paediatric emergency departments.

As in the management of other patients with severe bleeding disorders (e.g. haemophilia), it is crucial that children and adolescents with cITP are cared for by a dedicated paediatric haematologist who will take the patient’s preferences into account and individualize treatment.

Acute haemorrhage is generally treated with first-line drugs like oral corticosteroids, intravenous IgG or anti-D. Life-threatening haemorrhage will need the addition of platelet concentrate(s) to immediately raise the thrombocyte-count to a “safe” level (generally only transiently) and stop the bleeding.

For patients whose symptoms and risks are not adequately controlled using first-line therapies and for those who remain dependent on glucocorticoid therapy, second- to nth-line treatment options have been developed and proposed.3 Drugs like rituximab (an anti-CD20 monoclonal antibody) and thrombopoietin receptor agonists (TPO-RAs) are the most widely used in paediatrics. Rituximab could be the second-line therapy of choice in adolescent females (because of the higher prevalence of auto-immune diseases in this age group and sex) or in children with a proven auto-immune disorder. The initial response rate in open-label studies reached about 40–50%, but only about 30% of the patients treated with four courses of the anti-CD20 antibody maintained a response at 5 years.4,5Caution should be exercised regarding possible long-term hypogammaglobulinemia and hepatitis B reactivation.

TPO-RAs are effective second- or third-line agents for children with persistent and chronic ITP. These drugs stimulate thrombopoiesis via the thrombopoietin receptor cMPL (Fig. 2). In Switzerland and the European Union, two drugs are currently registered for the second-line treatment of cITP in children older than 12 months. Eltrombopag is administered orally but needs strict dietary requirements: no simultaneous intake of calcium (i.e. milk or milk products) or iron two hours before and four hours after its administration; this can be problematic for many children. Efficacy and safety of eltrombopag in children have been investigated in two randomized controlled trials, PETIT and PETIT2 comparing drug to placebo.6,7 The safety profile was reassuring with mainly minor upper respiratory tract infections and elevated transaminases reported. Mid- to long-term platelet response (defined as thrombocyte count ≥50G/L for six of eight weeks during the double-blind period) occurred more frequently with eltrombopag than with placebo (40% versus 3%, respectively) and bleeding events were less common (37% versus 55%, respectively).6 During the 24-week open-label treatment period following the randomized trial, 81% of the patients attained at least one platelet count >50G/L. The recommended daily dose of eltrombopag is 0,8–1,2mg/kg; in Switzerland there is an oral suspension on hand with a 22% higher bioavailability, which allows precise administration and dosing even in young children. Romiplostim is given as a weekly subcutaneous injection in a dose between 1 and 10mcg/kg. Its efficacy in children with cITP appears generally comparable to that of eltrombopag, but data directly comparing the two agents are not available.8,9 Side effects of romiplostim include headache, mild gastrointestinal symptoms and thrombocytosis (cave), but thrombotic events remain rare, especially in children.

Long-term adverse effects of TPO-RAs in adults include the development of mild reticulin fibrosis in the bone marrow, the clinical significance of which remains unknown. Long-term response to TPO-RAs observed in clinical practice suggest that a considerable proportion of children do not have a sustained response over time. In a multicenter retrospective study of 79 children treated with TPO-RAs (43 with romiplostim, 28 with eltrombopag and 8 with both agents), only 40% of patients demonstrated a stable response over time.10 Discontinuation of these drugs almost always leads to recurring thrombocytopenia. Interestingly, there seems to be no cross-resistance between the two drugs; this is probably due to their different sites of action on the cMPL receptor (Fig. 2). A third TPO-RA, avatrombopag, is currently under study (phase II) in adults with cITP in the USA,11 but there are no paediatric data at this time.

Some children and adolescents remain insensitive or become refractory to anti-CD20 antibody and/or TPO-RAs. For them, immunosuppressive drugs like azathioprine,12 cyclosporine-A13 and mycophenolate (MMF)14,15 or even cytostatics like mercaptopurine(6-MP)16 or vinblastine have been used with some success. The use of these agents in childhood cITP is based on anecdotal clinical experience and small clinical trials in adults. None of these agents have been demonstrated to have unequivocal curative effects and all have some toxicity (hepatotoxicity, increased risk of infection). The rate of efficacy of these agents is generally low. Nonetheless, these agents may have some utility in certain refractory cases, alone or in combination with other agents, e.g. MMF/TPO-RA combination.

Finally, splenectomy remains the last option for a small percentage (<5%) of children with cITP who have persistent clinically significant, generally severe thrombocytopenia accompanied by haemorrhagic symptoms and requiring repeated or continuous pharmacologic interventions. Although splenectomy is effective in most patients (>80%) with a remarkably durable effect (84% not needing any further therapy)17, it is also associated with substantial risks, especially overwhelming post-splenectomy infection/sepsis. The risk of sepsis is particularly high in very young patients (i.e. <5 years of age), in whom splenectomy should be avoided whenever possible. Rates of splenectomy among children with cITP have declined considerably since the early 2000s, particularly among children <5 years old.18 The reason for this decline is uncertain, but may be related to the increased availability of other effective second-line therapies. In contrast to adults, the rate of “spontaneous remission” of cITP in children is clearly higher: in a large registry study, more than 25% of those still thrombocytopenic at 12 months underwent complete remission by 24 months from diagnosis.19 This could be another (good) reason to avoid splenectomy in children, hoping for a spontaneous remission and bridging the period of severe thrombocytopenia with conservative treatment rather than surgery. 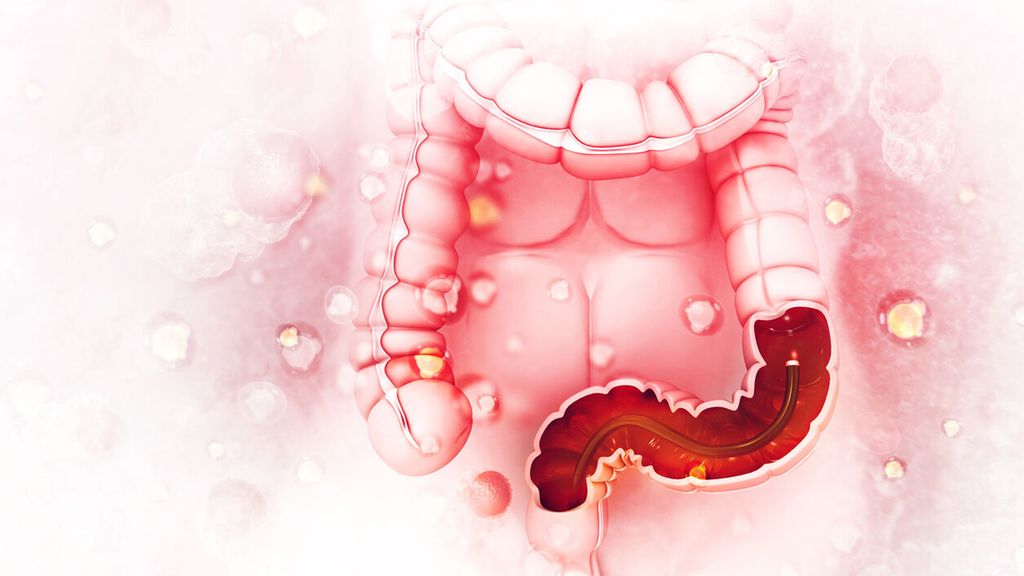 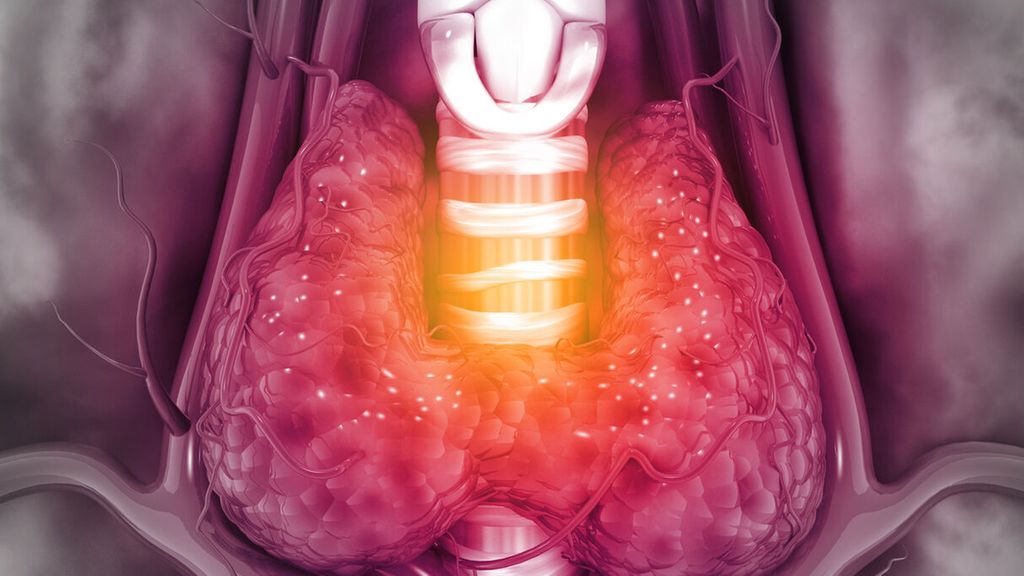