What did we learn in Cardiology in 2020?

The year 2020 has been particularly exciting in the field of cardiology. Numerous publications and guideline updates have been released, offering new insight into the understanding and treatment of cardiovascular diseases. This article provides an overview of the landmark publications in 2020 and early 2021, covering chronic coronary syndrome (CCS), transcatheter aortic valve implantation (TAVI), sudden cardiac death prevention, atrial fibrillation (AF) treatment and more promising results for SGLT2 inhibitors in the treatment of heart failure.

The randomized double-blind trial LoDoCo21 confirmed findings of the exploratory studies LoDoCo and COLCOT2,3 (benefit of colchicine in patients with CCS and myocardial infarction, respectively). The trial showed that in a population of >5000 patients with CCS randomized either to placebo or colchicine, the latter significantly decreased the endpoint of cardiovascular death, spontaneous myocardial infarction, ischemic stroke, or ischemia-driven coronary revascularization at 5 years (HR: 0.69; 95% CI: 0.57 to 0.83; p<0.001). These results are consistent with those obtained in the two other trials and, therefore, support the potential benefit of anti-inflammatory therapy in patients with CCS which might be incorporated in future guidelines.

The year 2020 has been particularly exciting in the field of cardiology. Numerous publications and guideline updates have been released, offering new insight into the understanding and treatment of cardiovascular diseases. This article provides an overview of the landmark publications in 2020 and early 2021, covering chronic coronary syndrome (CCS), transcatheter aortic valve implantation (TAVI), sudden cardiac death prevention, atrial fibrillation (AF) treatment and more promising results for SGLT2 inhibitors in the treatment of heart failure.

The randomized double-blind trial LoDoCo21 confirmed findings of the exploratory studies LoDoCo and COLCOT2,3 (benefit of colchicine in patients with CCS and myocardial infarction, respectively). The trial showed that in a population of >5000 patients with CCS randomized either to placebo or colchicine, the latter significantly decreased the endpoint of cardiovascular death, spontaneous myocardial infarction, ischemic stroke, or ischemia-driven coronary revascularization at 5 years (HR: 0.69; 95% CI: 0.57 to 0.83; p<0.001). These results are consistent with those obtained in the two other trials and, therefore, support the potential benefit of anti-inflammatory therapy in patients with CCS which might be incorporated in future guidelines.

The POPular TAVI study looked at anti-thrombotic regimens post transcatheter aortic-valve implantation (TAVI). In the cohort A, without an indication for long-term anticoagulation, a treatment with aspirin alone, compared to the combination of aspirin and clopidogrel, decreased bleeding without increasing thromboembolic events.4 In the cohort B (indication for long-term anticoagulant therapy independent of TAVI), anticoagulant therapy alone, compared to anticoagulant therapy combined with clopidogrel, was associated with less bleeding, with no increase in ischemic events.5 Therefore, these studies suggest that in well selected patients (especially at high risk of bleeding), monotherapy could be considered after TAVI.

The highly publicized ISCHEMIA clinical trial compared an invasive strategy (coronary angiography followed by revascularization if appropriate) with a conservative strategy (optimal medical therapy only) in >5000 patients with documented ischemia on non-invasive test without left main stenosis on CT.6 Over a median of 3,2 years, no benefit of the invasive strategy was observed on the primary outcome of death from cardiovascular causes, myocardial infarction, hospitalization for unstable angina, heart failure, or resuscitated cardiac arrest. However, as shown by a recent study at the CHUV,7 patients included in ISCHEMIA were very selected and not necessarily representative of the all-comers in a university center (Fig. 1). In addition, a reduction in the rate of spontaneous infarctions of more than 30% was observed in the invasive-strategy group (myocardial infarctions which were linked to a higher mortality rate). Additionally, the study also revealed a marked decrease in anginal symptoms in the invasive group, which is not insignificant when considering patient quality of life. Accordingly, this important trial confirms that revascularization in CCS does not reduce mortality even when ischemia is documented. However, it seems that revascularization avoids spontaneous myocardial infarctions at follow-up, as it has also been observed in the FAME 2 trial previously.8

Fig. 1: In this study conducted at Lausanne University Hospital, the ISCHEMIA exclusion criteria were applied to the last 1000 PCI performed to determine the proportion of patients that would have been excluded from the trial. In total, less than 10% of the patients were without any exclusion criteria

Blood products management is a challenge for many hospitals as stock is often limited. Accordingly, the judicious use of this limited resource is needed to avoid both over- and undertreatment. In patients with acute myocardial infarction, the optimal transfusion strategy is unclear. The REALITY trial9 is a non-inferiority randomized clinical trial (RCT) which included 668 patients with acute myocardial infarction and hemoglobin levels between 70g/l and 100g/l. Patients were allocated to a restrictive strategy (transfusion at levels ≤80g/l) or liberal strategy (transfusion at levels ≤100g/l). The primary composite outcome was MACE at 30 days.

These important results suggest that, as opposed to what is commonly believed, patients with myocardial infarction do not systematically need a target hemoglobin >100g/l. However, and as acknowledged by the authors, it must be noted that to date only the 30 day results have been published, and that even if non-inferiority was met, the CI included what may be a clinically important harm.

This points towards a personalized transfusion strategy and highlights the needs for more data before this strategy can be generalized.

Antithrombotic treatment in association with oral anticoagulation – news from the guidelines

Patients on oral anticoagulation undergoing PCI are known to be at particularly high risk of bleeding, due to the additive effect of antithrombotic therapy and anticoagulants.10 With the era of non-vitamin K antagonist oral anticoagulants (NOACs), many studies have looked at the possibility of taking the Aspirin off the antithrombotic regimen early after PCI. Thus in the past years, four studies (namely PIONEER-AF PCI, REDUAL-PCI, AUGUSTUS, ENTRUST-AF PCI) have shown the safety of stopping Aspirin after a delay of 2 to 7 days, while pursuing Clopidogrel with a NOAC in patients undergoing PCI for CCS or ACS.11—14 This therapeutic regimen was associated with a clearly lower risk of bleeding while preserving the antithrombotic effect. Nevertheless, as stent thrombosis is rare in the first year after PCI, none of these trials was powered to assess for a subtle increase in these dramatic events. Hence, a 2020 meta-analysis, combining the four trials, confirmed the reduction in bleeding and found a numerically higher risk of stent thrombosis that still did not reach statistical significance.15

Consequently, the ESC guidelines published in 2020 (Atrial fibrillation and NSTE-ACS)16,17 both took a step towards simplification of anti-thrombotic regimen. For patients on oral anticoagulant undergoing PCI and at low ischemic risk, the default strategy is now to perform one week of triple therapy (NOAC/Aspirin/ P2Y12 inhibitor) followed by 11 months of double therapy with a NOAC and a P2Y12 inhibitor. For patients at high ischemic risk (due to clinical, anatomical or procedural risk factors) the triple therapy period might be extended to one month. For ACS patients at high bleeding risk or for PCI in the context of CCS the guidelines go even a bit further as they suggest to also drop the P2Y12 inhibitor after 6 months and to pursue the NOAC alone. Figure 2 summarizes the proposed antithrombotic strategy according to bleeding and ischemic risk.

Fig. 2: Antithrombotic strategy after PCI in patients with an indication for oral anticoagulation (adapted from Collet et al.)17

Prevention of sudden cardiac death (SCD) is one of the challenges of modern cardiology and can be achieved through medical treatment and implantable cardioverter-defibrillators (ICD).18 However, ICDs are sometimes implanted in young patients and are associated with short and long-term complications such as pneumothorax of infection.19 To overcome these limitations, totally subcutaneous ICD (S-ICD) have been developed. However, until recently, data about their safety and efficacy were drawn essentially from observational studies.20,21

Knops et al. published the result of the first RCT about S-ICD, in 2020 in the New England Journal of Medicine.22 In this non-inferiority trial 849 patients with an indication for an ICD (more than two thirds due to ischemic cardiomyopathy) were randomized to receive an S-ICD or a standard transvenous ICD. At a median follow-up of about 2 years, the composite primary endpoint of device-related complications and inappropriate shocks occurred in 15,1% of the S-ICD group and 15,7% of the conventional ICD group, thus meeting non-inferiority criteria.

These results thus provide encouraging data about the safety of S-ICD. However, the inability of S-ICD to deliver anti-tachycardia pacing as well as conventional pacing highlights the need for appropriate patient selection.

Up until 2020, no trial had ever demonstrated a survival benefit associated with rhythm control as compared with rate control in the management of AF.23,24 However, the EAST-AFNET 4 trial results now suggest that patients with relatively new onset AF and increased risk of cardiovascular complications may well obtain significant survival benefits from a rhythm control strategy.

In EAST-AFNET 4, around 2800 patients with early AF (defined as AF diagnosed ≤12 months before enrollment) deemed at high risk for cardiovascular complications were randomized to either an early rhythm control strategy (antiarrhythmic drugs or catheter ablation) or usual care (rate control for the majority).25 The study defined high cardiovascular risk as any of these factors: age >75 years, prior transient ischemic attack or stroke; or any two of these: age >65 years, female sex, heart failure, hypertension, diabetes, severe coronary artery disease, chronic kidney disease, or left ventricular hypertrophy.

Among patients with AF selected for a rhythm control strategy, current guidelines recommend catheter ablation as a second-line treatment option after one failed trial of a class I or III antiarrhythmic drug (AAD).16 However, in 2020, the results of the STOP AF First and EARLY AF trials provided strong evidence in favor of the safety and efficacy of catheter ablation as a first-line rhythm control strategy.

In the STOP AF First trial, 203 patients were randomized to either AAD therapy or cryoablation.26 During a 12-month period, patients underwent regular arrhythmia surveillance including 12-lead electrocardiography, 24-hour ambulatory monitoring and patient-activated telephone monitoring. At 12 months, the primary efficacy end point (freedom from initial failure or atrial arrhythmia recurrence after a 90-day blanking period to allow recovery from the procedure or drug dose adjustment) occurred in 74.6% of patients in the cryoablation group and 45.0% in the AAD group (p<0.001). Only 2 patients (1.9%) in the ablation group experienced significant procedure-related complications.

These results provide a strong argument for the use of catheter ablation as a first-line rhythm-control strategy, in addition demonstrating the efficacy and safety of the cryoablation technique.

In 2019, the DAPA-HF trial demonstrated that the SGLT2 inhibitor Dapagliflozin reduced all-cause mortality and worsening HF in patients with NYHA functional class II, III, or IV heart failure with reduced ejection fraction (HFrEF) (left ventricular ejection fraction ≤40%) when added to guideline-recommended therapy.28 Furthermore, these results were independent of the presence of diabetes. In 2020, the EMPEROR-Reduced trial confirmed the benefits of the SGLT2 drug class in patients with HFrEF. It randomized 3730 patients with HFrEF and NYHA functional class II, III, or IV, despite guideline-recommended therapy, to either empagliflozin 10mg once daily or placebo.29

These results reinforce those of the DAPA-HF trial and suggest a place for SGLT2 inhibitors in the recommended medical management of HFrEF patients with or without diabetes. 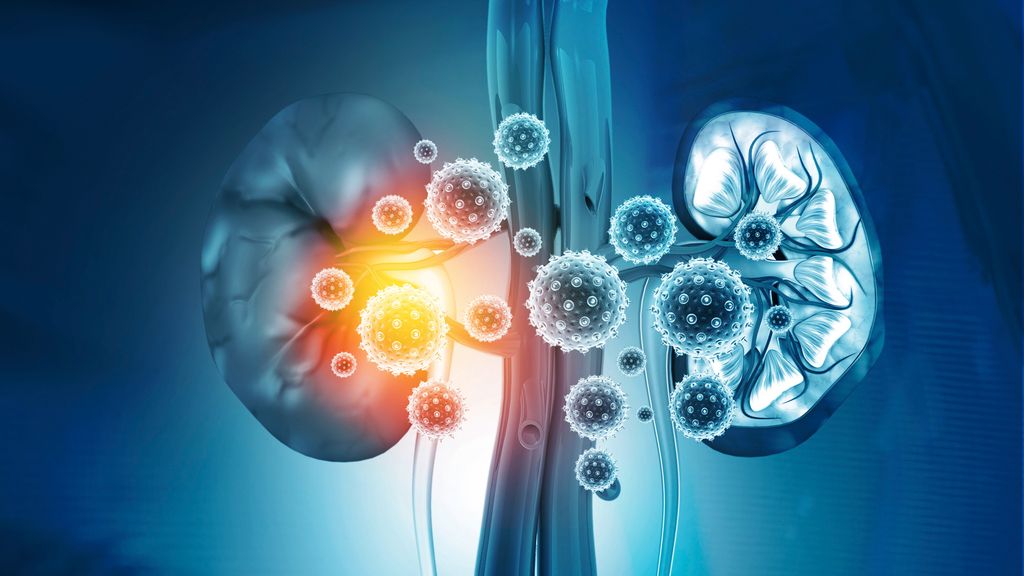